When American audiences tuned into NBC in 1957, they might have heard the announcer proclaim that “the following program is brought to you in living color!,” and they would have seen an animation of a peacock unfurl its six-colored tail feathers… in black and white. Although the first patent for a color television system was issued in 1902, and John Logie Baird successfully demonstrated a working color television system in his London laboratory in 1928, most American homes only had black and white televisions until the late 1960s. Why did it take so long for people to turn to color?

From this side of history, where we carry screens capable of displaying brilliant color in our pockets, it seems like color television was an inevitable and natural outcome of a decades-long quest to add sight to radio sound. However, the history of color television encompassed much more than the logical progression of technological advancement. Seeing “in living color” had as much to do with politics and consumer uncertainty as it did with changes in technology. 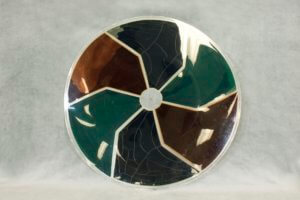