In the 1910s and 20s, radio was the realm of fringe amateur build-it-yourselfers, but by the end of that decade, radios were standard household commodity. That all changed thanks to a fated boxing match, a massive publicity campaign, and a network of amateur radio operators. Join the Sarnoff curator for National Radio Day lecture about the 1921 boxing match between Jack Dempsey and George Carpentier and the crucial role that amateurs played in what would be the world’s first mass public broadcast.

The Hams Can: Amateur Operators and the Birth of Household Radio
August 12, 1:30-2:30pm
The Sarnoff Collection
Roscoe West Hall, Room 201 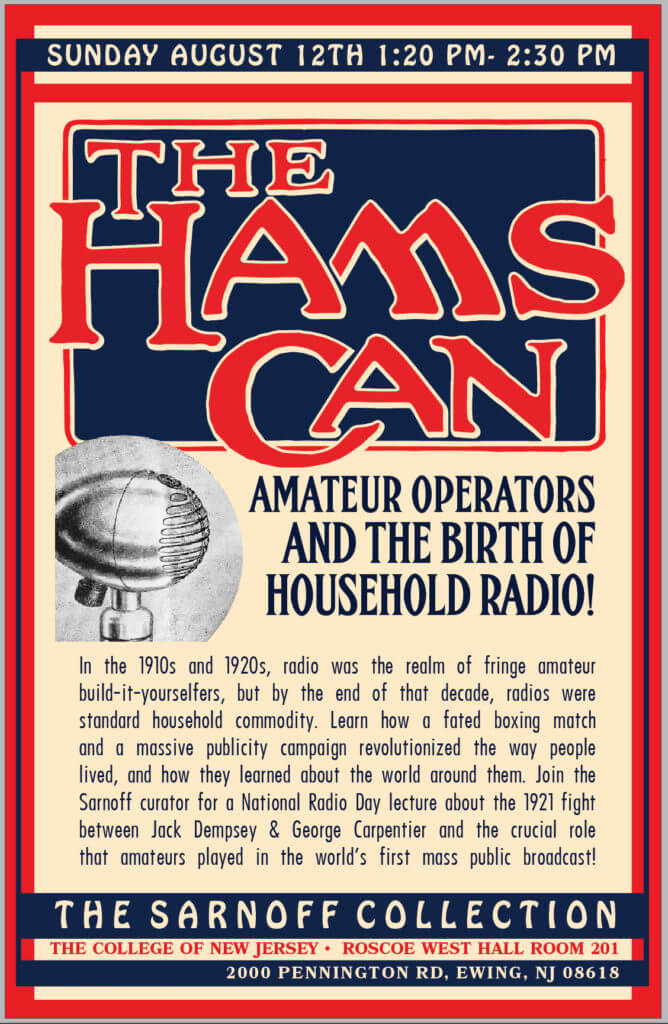